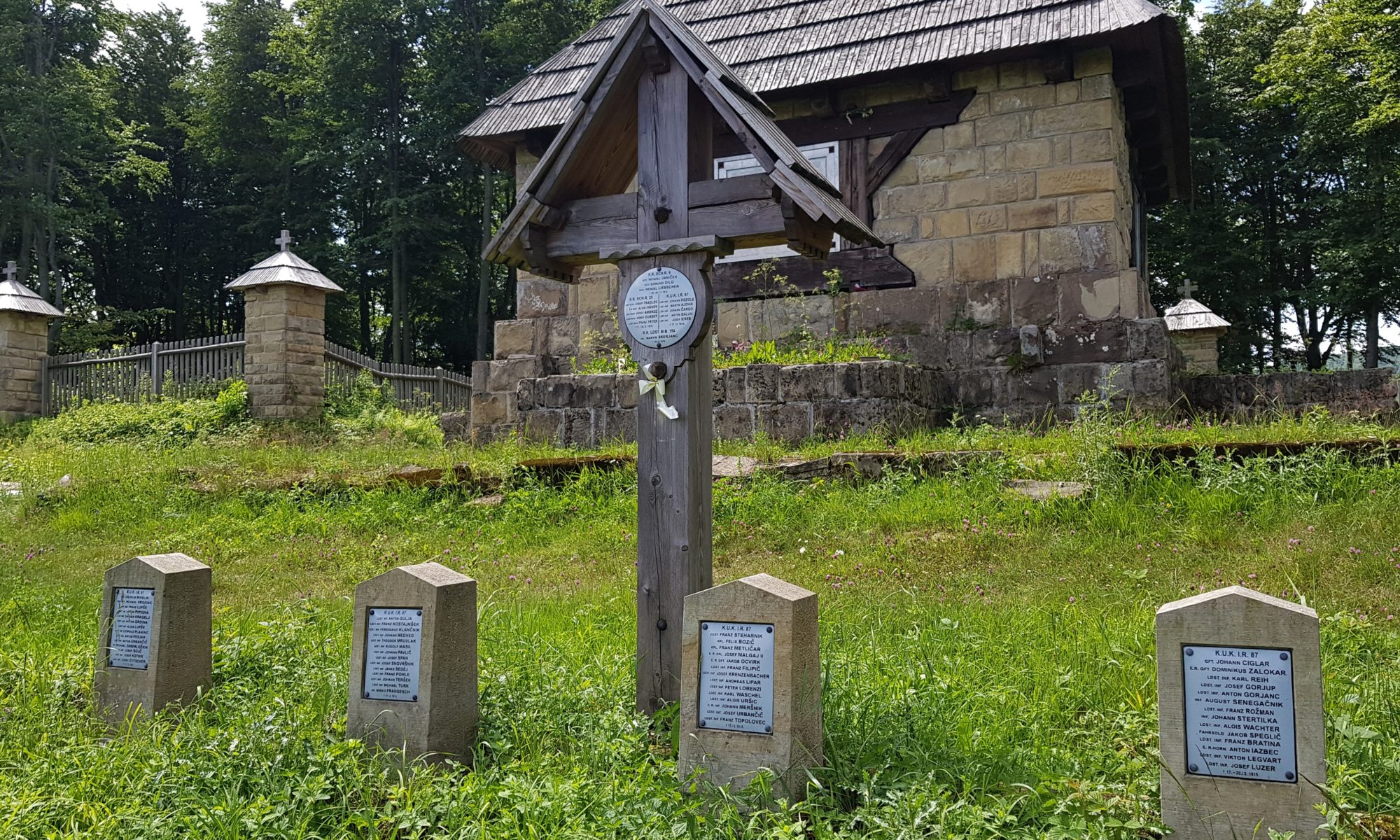 On Monday 24th June I took the first day-off. It was much busier than I expected. First I needed to get all the stuff I looked for in Poprad – a town with magnificient views over High Tatra mountains. Alcohol for my stove and shoe-wax in particular. I got both, though not in the quality I would like to have.

Then I returned back to the clubroom of scouts in Vydrník and repaired my shoes and a poncho, blogged, repacked and soon came the evening without actually having an hour to relax. Many people think hiking is just about walking, but it is not. You need to think about multiple things – keeping your gear in a good shape, washing clothes, planning the route, healing your wounds, cooking etc. It all takes time and skills.

On Tuesday 25th June I started much later than I expected, the sun was already high up at 10:30. It took time to leave the scout clubroom in Vydrník in better shape than it was when I came on Sunday evening.

Walking towards Levočské vrchy took about 3 hours through hilly lowland in the continental divide between Hornád and Poprad rives. Levočské vrchy used to be military exercise area from 1952 till 2011, network of roads and ruins of tourist huts remains as legacy of this period. The highland is a paradise for bikers. At some areas the range looks like plateaus so though being at altitudes about 900 metres, you need not to pedal too much to reach the peaks. I soon learned the water is not so abundant in this range as in the previous ones.

I continued through the range the whole Wednesday 26th June leaving marked trails at about noon and turning to the east on forest roads. It was obvious from the tracks and scat the wildlife is abundant here, although the range has been heavily deforested in previous years. I mean I have never seen such deforested area before. The advantage is the small trees planted few years ago give a hiker beautiful views over High Tatras on the western edge of the range.

I left the range following the continental divide through a picturesque valley. I stayed overnight near village Vislanka. Taking advantage of camping near the river I enjoyed a bath.

Thursday 27th June started early by walking on asphalt roads towards Šarišské Jastrabie, where I stopped for breakfast admiring the local dialect that sounded to me like mix of Slovakian and Polish. I continued to Minčol (1157), the highest point of the Čergov mountain range. I reached it around noon in crocs for I did not want my boots to become wet as a thunderstorm passed and another one was approaching. From this peak I turned to the north following E3 trail that leads towards the Polish border. At about 3 pm I met a Hungarian ultralight hiker (Balázs), who was walking from the Ukrainian border. He was nervous about water and explained me why – water is scarce on this trail. So I asked for water in Obručné village near the border with Poland and a local gave me also an extra lemon to savor my drink. Small favor counts, when you are a pilgrim.

I ended up at Kráľova studňa shelter on a beautiful meadow with nice vistas over the Polish village of Wojkowa. I just cooked my dinner when two men arrived, unlocked the rest of the shelter and hastily prepared a barbecue. Soon came other cars and two tractors. Children appeared from somewhere. These were people from a local NGO who built the shelter and a nearby watchtower, rejuvenated a water spring that gave the place its name etc. We got nice chat and for me it was great seeing those farmers meeting and planning some sport event for Saturday. Another example, how a small group of people can do great things and make a village (Lenartov in this case) buzzing with social life.

Friday 28th June was the first full day I followed the Polish – Slovak border – a routine for the next week. The path is better than further to the east as it seems being regularly used by vehicles. Some hills are painfully high in this part. I did not meet a person for the whole day.

In the afternoon I started noticing trenches – sign of heavy fighting during WW I and maybe reused during WW II.

When I was taking a picture with a book of a soviet general Andrej Antonovič Grečko “Cez Karpaty” (Across the Carpathians) that morning, I could not know that wars would stay with me for the next week. I stayed overnight in the shelter at Blechnarka = PL Wysowska (645) mountain pass.

On Saturday 29th June I followed the tourist trail that copies the SK-PL border and is lined with WW I trenches. Soon I came to a military cemetery. It was moving reading the names of Czechs, Austrians, Croatians and Hungarians giving me the idea how multinational Austrian monarchy was. The trench-war took years in this area as fortune changed and Austrians needed to defend their very territory from Russians after their initial advancements in the beginning of the war.

With high hopes I came to Dujawa mountain pass (560) as my map showed two shops in the structures of former customs. I dreamed about buying some food and recharging my electronics but nothing of it materialized. Two shops were in the stage of destruction and huge Polish border police compound was abandoned. The lunch stop took 3 hours as I first needed to filter some water from a poor stream and later started to go through my e-mails while on solar power. It might have been wiser to walk or hitch-hike and get to a shop or a restaurant in Poland.

I wish I could have learned more about the fighting in this area. Unfortunately the interpretive panels were either not in a good shape or of poor interpretive quality. I also met one of many stickers left by Dominik Ksieski on his 2017 Carpathian thru-hike. I ended the day near a stream in marvellous Kuchtov pass near Polish village Oženna.

Staying near a stream is great. With my wood powered stove I have got unlimited source of hot water so I “showered” and washed my garments on Sunday 30th June early morning. I knew I must hurry to meet my son Radovan the other day so it was great disappointment when I realized my smartphone is locked again and I need to find a USB external keyboard to unlock it. The decision was made to continue without a phone and attempt to unlock it in the Dukla pass.

Along the way I could watch grass snake (Natrix natrix) hunting a yellow-bellied toad (Bombina variegata). I scared the snake while taking photos of the scene but my attempt to save the toad was probably useless. Though it made its belly-up posture of defense, it seemed unable to move probably due to paralysis after the snake bite. The yellow-bellied toad is a typical Carpathian specie living in muddy forest puddles thus becoming companions of the hikers. They indicate puddles with stagnant water that is not fit for drinking unless after treatment in emergency situations.

The trail was much less hilly in this part. That was reason for heavy fighting in this area. WW I trenches were overlayed by WW II trenches and positions for tanks and artillery. Traces of shelling were visible along the trail. I reached the Dukla pass at about 3:30 pm and was eager to unlock the phone in the museum that I expected is part of the WW II memorial (this was the place where liberation of Czechoslovakia started in 1944 after heavy fighting of the Red Army along with Czechoslovakian exile corps. To my surprise there was no museum at the memorial so I ended feeding me up in a shop on the Slovakian side of the border. Two hikers (starting slowly E8 trail) provided me with a piece of bread and told me that the museum is not part of the memorial but is located in a watchtower on the hill. I rushed there to come 10 minutes after the closing time (4:30 pm). If there was only a sign or anything in the pass or near the main road but every signage pointed only to a watchtower.

I returned to the pass and unlocked the phone in a shop selling vignettas for highways. To feed my tummy even more and charge everything, I went for a dinner to a restaurant on the Polish side of the border. To sum up: unlike in other passes, Dukla pass is a good place to refill. It was almost 8 pm when I hiked (singing loudly to scare bears) into a valley near the meeting point with my son, Radovan. I decided to get off from the main range in order to have source of water.

The valley was magic, beautiful night-sky with zero light pollution, strong warm winds through the valley and me feeling puzzled about the fact that there is human-carved landscape in this remote valley without any settlement.

One Reply to “Landscapes touched by warfares”

The path is yours, however, my advice is to immerse in the Carpathian Games. 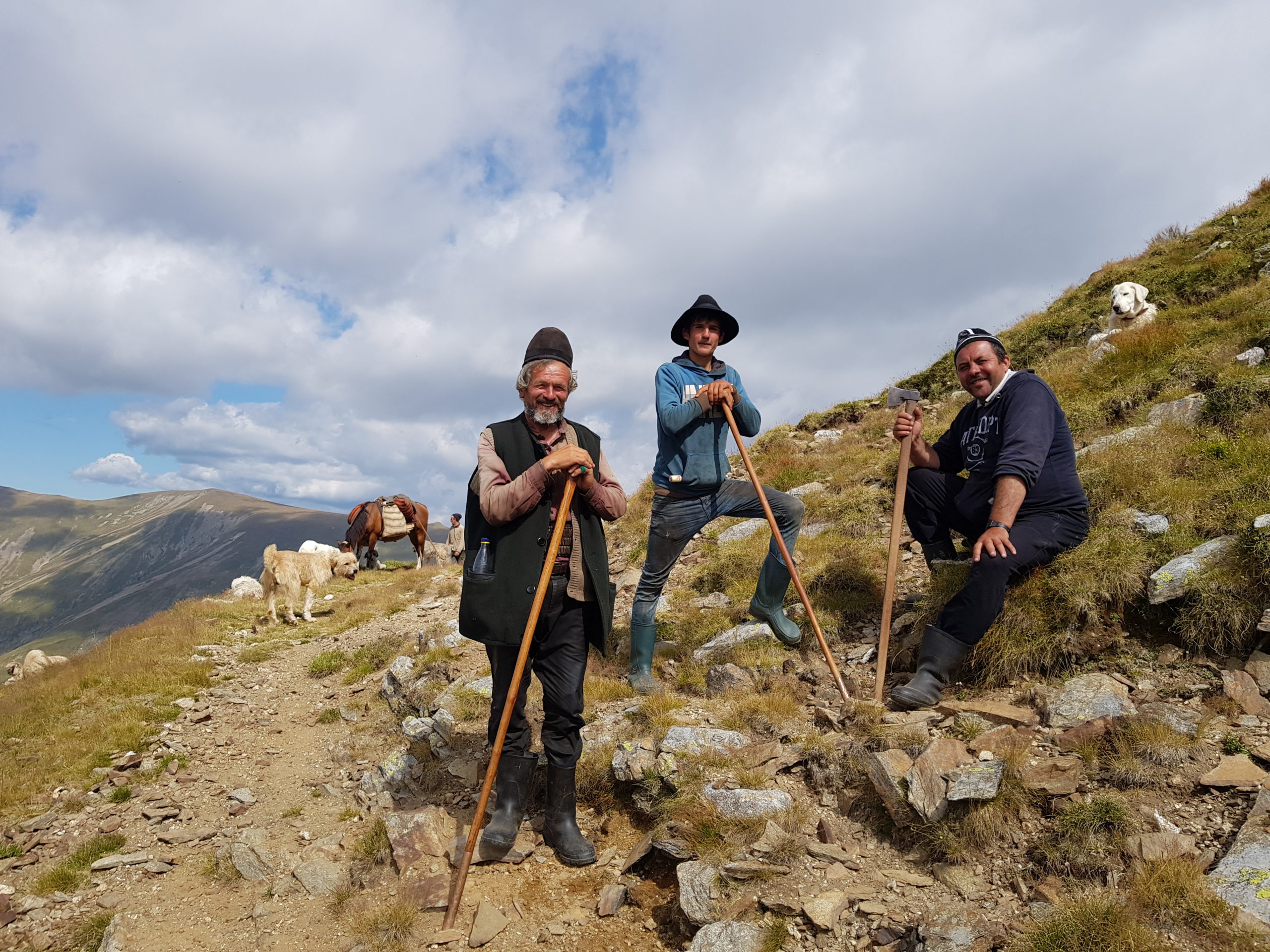